Vyacheslav Raskinsky, Moscow's first deputy prosecutor, walks in front of the apartment of Russian journalist Anna Politkovskaya, murdered in Moscow on 7 October, 2006..Known for her critical coverage of the war in Chechnya, she was shot to death in the elevator of her apartment building in Moscow, in a killing prosecutors believe could be connected to her investigative work..Politkovskaya was a tireless reporter who had written a critical book on Russian President Vladimir Putin and his campaign in Chechnya, documenting widespread abuse of civilians by government troops..Prosecutors have opend a murder investigation into her death, said Svetlana Petrenko, spokeswoman for the Moscow prosecutor's Office. Investigators suspect the killing was connected to the work of the 48-year-old journalist. 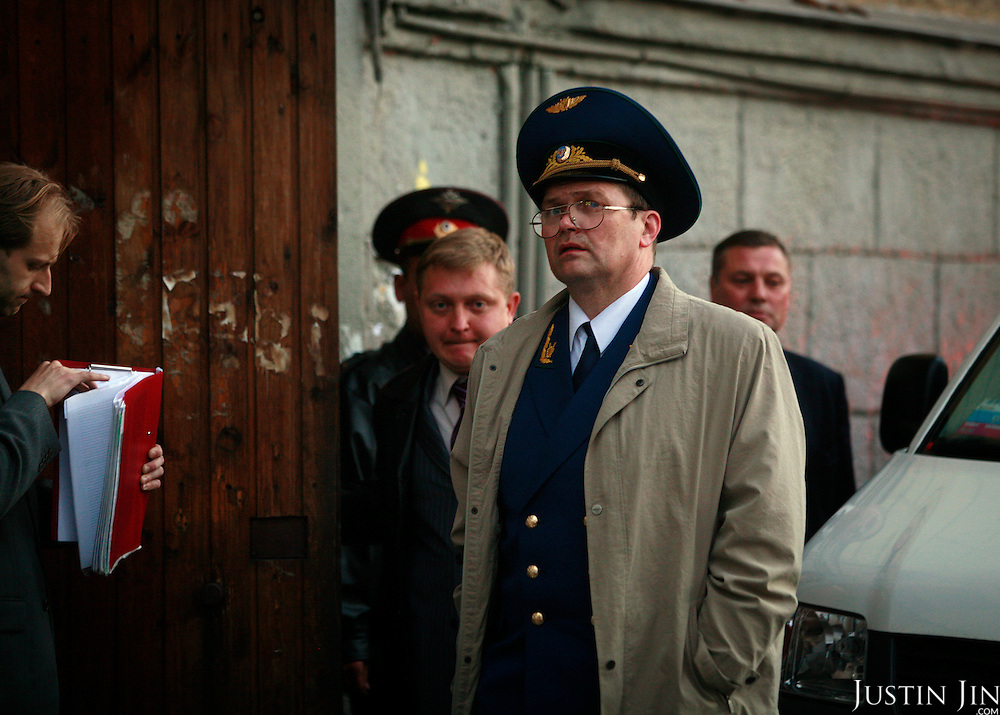