Members of Russia's OMON (Special Force) beat a Reuters photographer in Moscow. The photograhper, Thomas Peters from Germany, while photographing an anti-Kremlin march led by Garry Kasparov, the former world chess champion who now leads one of Russia's strongest opposition movements...The demonstration, one in a series of so-called Dissenters' Marches, increased tension between opposition supporters who complain the Kremlin is cracking down on political dissent and authorities who vow to block any unauthorized demonstrations. 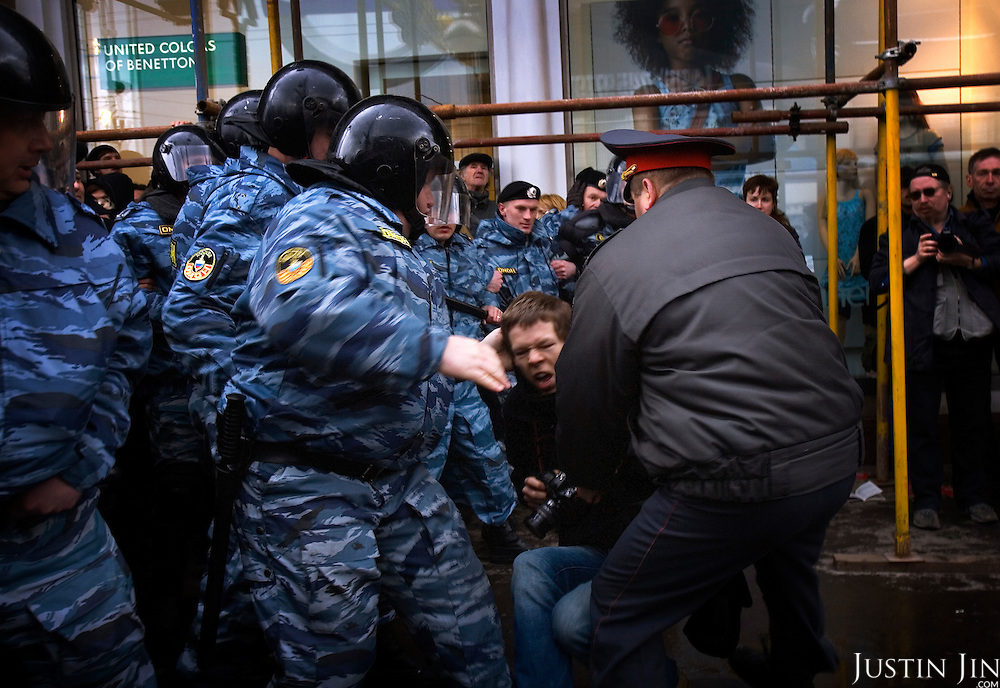