Workers, all members of the United Russia Party, collect ice from a lake near the Bedime village in Yakutia. There is no running water in the 600-strong village, and the ice will be transported to the village to be melted for water. .Nikifor Alfonski, head of the village, is pushing fellow villagers to join the party, which backs Russian President Vladimir Putin. .On one single day this year, 136 people in his village joined the party. .United Russia is a political party in the Russian Federation which usually labels itself centrist. It can be seen as Putin's vehicle in the State Duma (the lower house of Russian parliament). It was founded in April 2001 as a merger between Yuriy Luzhkov's, Yevgeny Primakov's and Mintimer Shaeymiev's Fatherland - All Russia party, and the Unity Party of Russia, led by Sergei Shoigu and Alexander Karelin..United Russia is a relatively new party in the Russian Parliament but has been making great gains in recent federal and local elections due to the popularity of Putin. 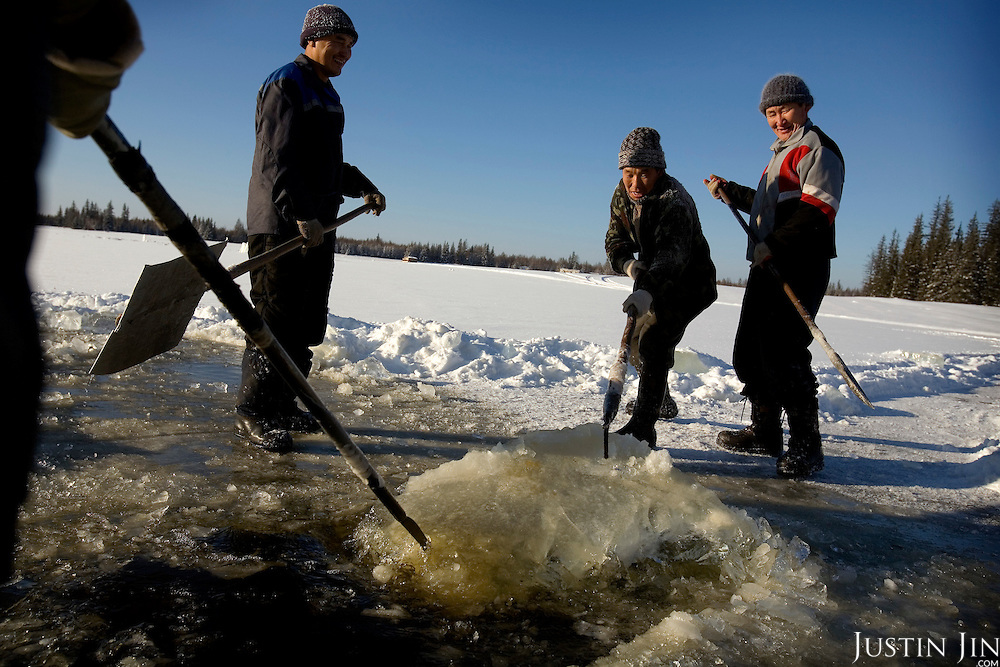