In one of the highly-publicised cases since the September 11 attack on America, Imam Shafiq ur Rehman is pending deportation to Pakistan for allegedly sponsoring terrorism in Kashmir... Rehman, a soft-spoken Pakistani, has been leading prayers and teaching the Koran to kids since his arrival in Britain seven years ago. The British government now accused him of fundraising and recruiting in Britain for a Kashmiri independence group in Pakistan. Rehman admitted only sending money for building hospitals and schools and putting British Muslims in touch with the group. ..Oldham is scene of heavy rioting by Asian youths in the summer of 2001...Photo by Justin Jin. Oldham, Northern England, November 2001. 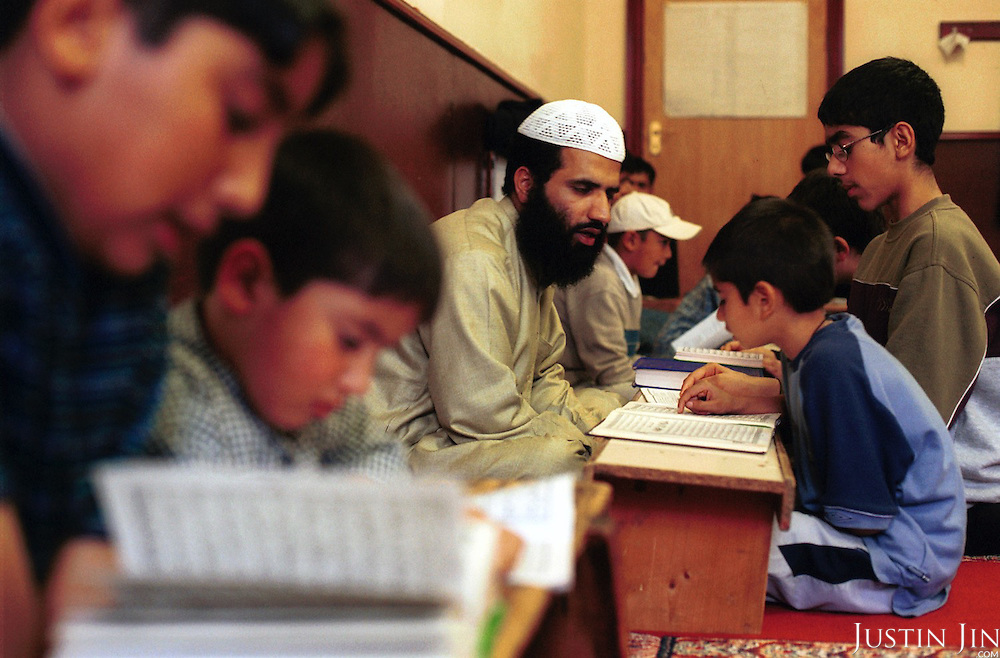