German entrepreuneur Matthias Wintzer smokes a gold-wrapped cigar at the Millionaire Fair in Moscow. Wintzer sells the cigars for USD100 each. .Millionaires, billionaires and those who bought 1,000-rouble tickets were among the thousands who visited the fair held in the Crocus city expo centre. .The four-day event, held for the second year in a row, ended on October 30. The products on sale include a diamond-studded mobile phone worth a million dollars, an island, latest sports cars and other items that might appeal to the growing millionaire market..Twenty years ago, there were no official millionaires in the whole of Russia. Now Moscow has 25 billionaires and the country has 88,000 millionaires, according to Forbes Magazine. .. 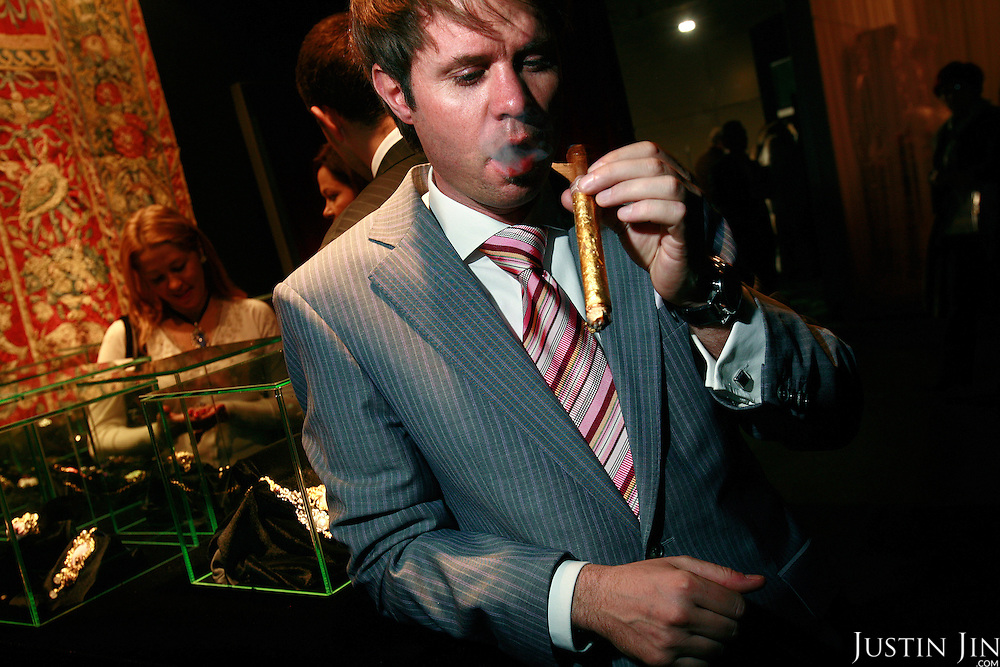