Pakistani-British youths "blow-back" marjuana smoke at a snooker hall in northern England. ..Many youngsters however idolise the Taliban, bin Laden and Al-Qaeda out of hollow bravado. Walking around their neighbourhood, any hint of widespread Islamic militancy was quickly undermined by the drug-dealing and fast cars. Everyone said they would not touch alcohol, but some see nothing wrong with drinking it from a Coca-Cola bottle. ..Photo by Justin Jin. Northern England, August 2001. 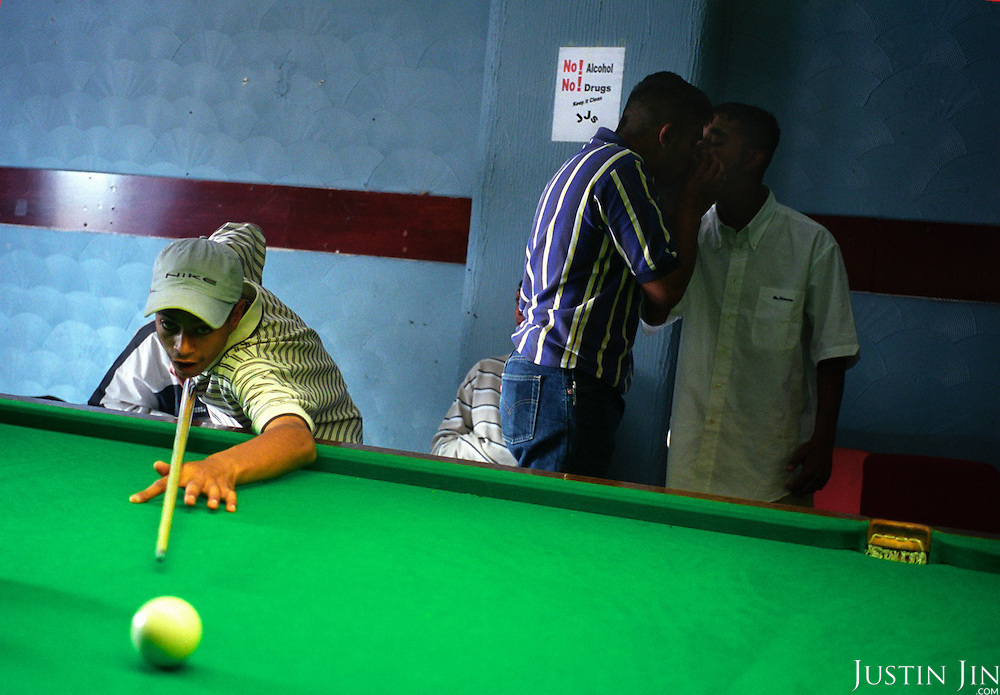