Workers blast rocks in the LKAB iron ore mine in Arctic Sweden.

Workers blast rocks using explosives in the LKAB iron ore mine in Arctic Sweden.  The iron mine is the deepest and biggest underground iron ore mine in the world.   Luossavaara-Kiirunavaara Aktiebolag (LKAB) is a government owned Swedish mining company. The company mines iron ore at Kiruna and at Malmberget in northern Sweden. The company was established in 1890, and has been 100% state-owned since the 1950s. The iron ore is processed to pellets and sinter fines, which are transported by Iore trains (Malmbanan) to the harbours at Narvik and Luleå and to the steelmill at Luleå (SSAB).  Due to continued mining, the underground hole will expand towards the city, making the city unsafe to live in. The company and municipal government is relocating the city in a multi-decade transforamtion project. 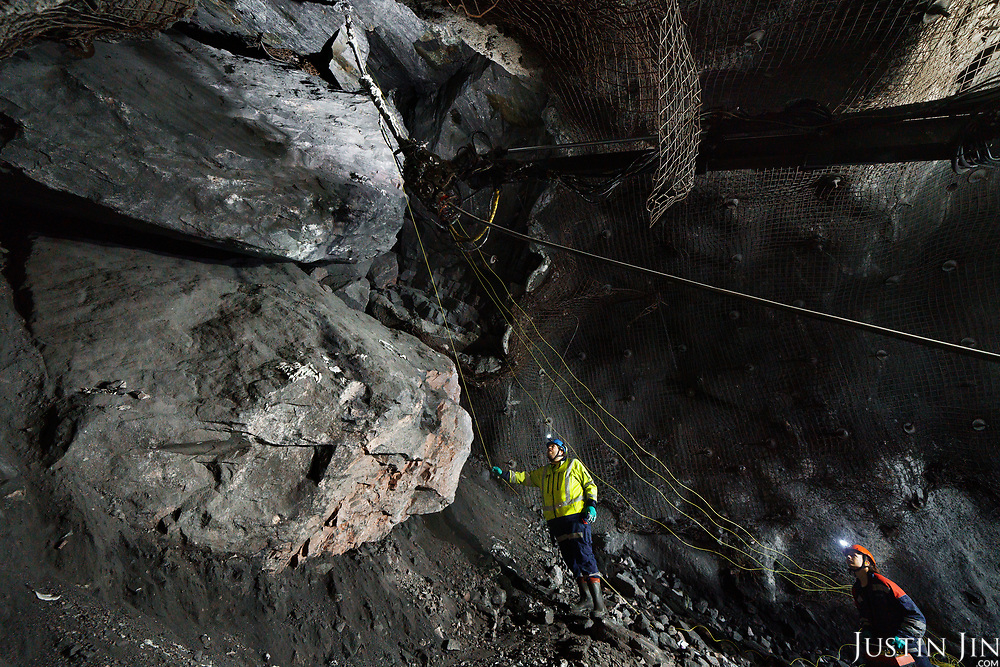