Supporters of Russia's opposition gather in central Moscow to protest President Vladimir Putin's government. They are surrounded by Communist flags. .Police detained Garry Kasparov, the former world chess champion who now leads one of Russia's strongest opposition movements, and 170 other activists as they gathered for the forbidden anti-Kremlin demonstration..The demonstration, one in a series of so-called Dissenters' Marches, increased tension between opposition supporters who complain the Kremlin is cracking down on political dissent and authorities who vow to block any unauthorized demonstrations. 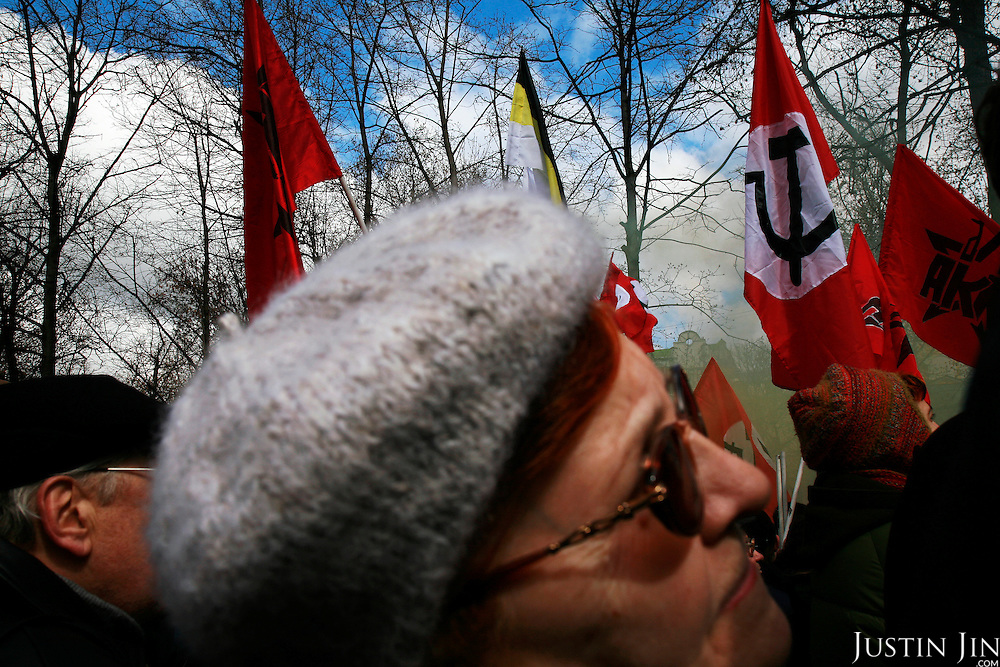