Engie gas powered plant in Eemshaven, the Netherlands. The power plant is making plans to produce hydrogen energy. The power plant consists of a part that has been active since 1978 and a new part that has been operational since 1996. Both parts use cooling water from the Waddenzee. In the new part of the power plant there are five gas-fired CCGT units that together produce 1750 MW of electricity.
In the old part of the generator there is a gas-fired combi unit originally with a capacity of 588 MW and after a rebuild in 1987 expanded to 675 MW and a gas turbine generator with a capacity of 23 MW. Also on the site where the plant is located are nine wind turbines with a total installed capacity of 27 MW.
Eemshaven is the energy port of the Netherlands, producing around 30% of the country's electricity. At the beginning it was fossil-based, but big steps towards sustainable energy are being taken. In addition to the RWE coal-fired power station pictured here, two inter-connectors from Denmark and Norway are coming in and several offshore wind farms above the Wadden Islands will be connected.
Here, offshore sustainable energy can be converted into green hydrogen on a large scale. The Eemshaven can also fill the hydrogen backbone with the planned hydrogen plants. The Netherlands can thus transform its role as gas traffic circle into hydrogen roundabout. 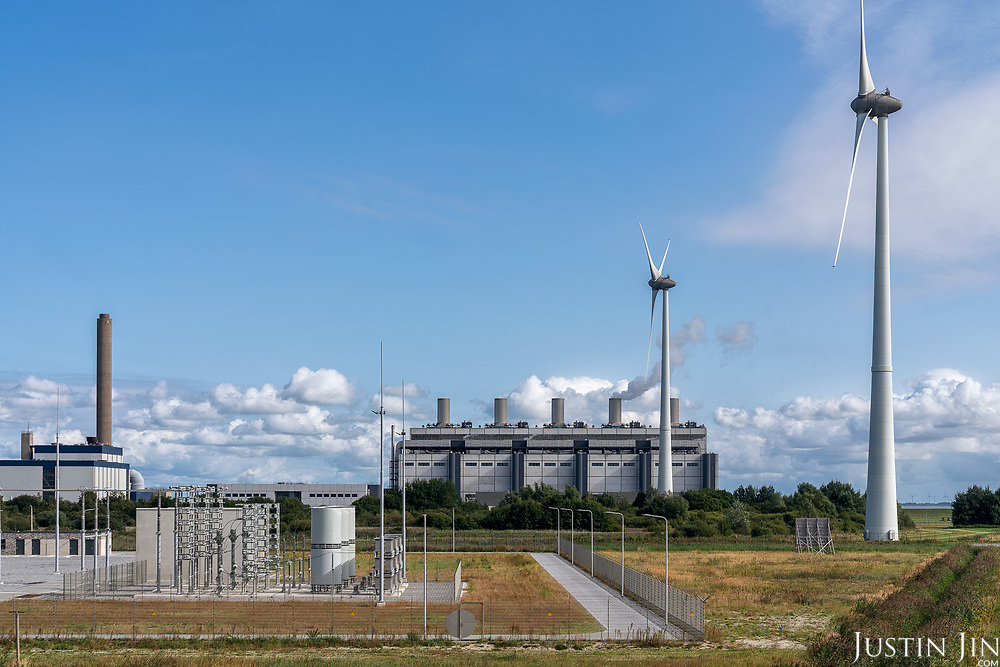