Housewife Viyarseeli Nadarajahlingam, 31, visits her home ruined by the tsunami in Mullaittivu village. She saw her six children swallowed up by the waves here in the northeastern coast of Sri Lanka, an area ravaged also by civil war. .She watched one son drown, tangled in fishing nets like the ones she and her husband depend on for a living. She buried four of her children in a sandy graveyard for tsunami victims nearby. The remains of two others were never found. .The December 26, 2004 tsunami killed around 40,000 people along Sri Lanka's southern, eastern and northern shores, tearing thousands of families apart. .The bulk of the dead were women and children - husbands lost young brides and around 4,000 children lost one or both parents. .Even before the tsunami struck, people here in the northeast had already been displaced four times by the Tigers' two-decade war for autonomy. .In some places, the scars of war and the tsunami have become one. Remnants of walls torn down by waves are pockmarked with bullet holes and shrapnel from shells fired before a 2002 ceasefire plunged a civil war that killed over 64,000 people into limbo. ..Picture taken March 2005 by Justin Jin 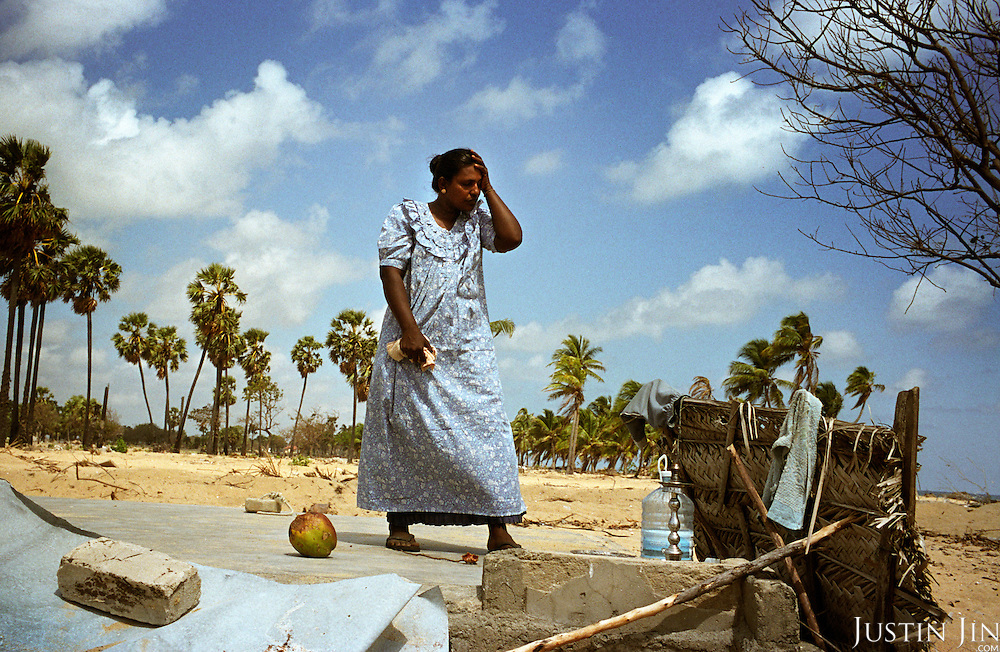