British-born students Kajal Chavda (16, Hindu), Mohmed Abubakkar (15, Muslim) and Tasleema Shaikh (16, Muslim) attend high school at Moat Community College in Leicester city. Of the school?s 1000 students, 21 are white British. Muslims take up 90% of the population, while Hindus make up 5%. ..Leicester is expected to be the first city in the UK to have a majority non-white population within the next few years. It is one of the most ethnically-diverse cities in Europe. ....Picture taken April 2005 by Justin Jin 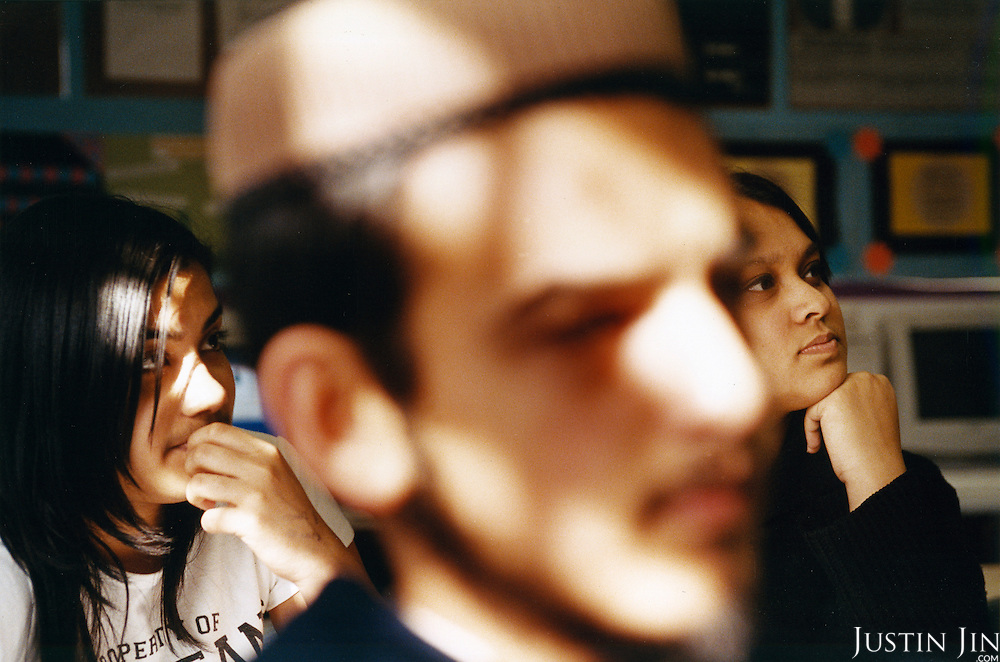