A Bengladeshi boy talks with his family in Oldham, a poor mill town in northern England where Muslims and Christians live in virtual apartheid...Oldham is scene of heavy rioting by Asians in the summer of 2001...Many say they do not feel part of the British community, and the war in Afghanistan only confirmed the West's animosity. In this highly segregated pocket of Islam, the old and young, good and bad are pushed to the same fold by a shared sense of alienation in a Western society that they feel is oppressive - both locally and around the world. ..Photo by Justin Jin, Northern England, November 2001. 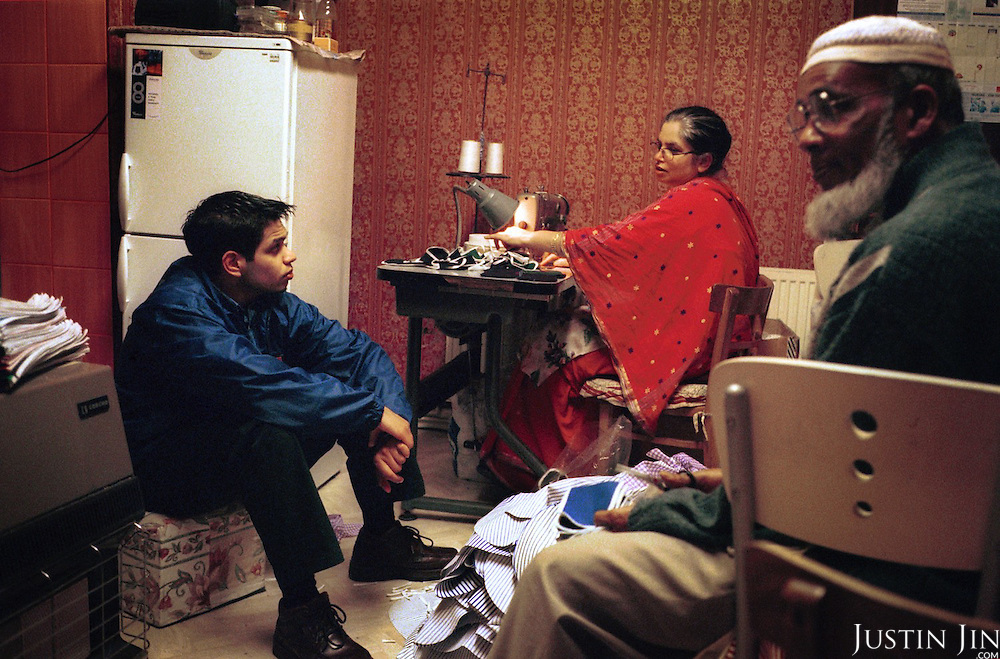