Wind turbine being loaded on ship in Groningen

A supply ship in Eemshaven lifts the monopile of a wind turbine onboard, ready to be transported to offshore.

Today, thanks to the growing demand of wind energy to produce green hydrogen energy, the Buss terminal’s business is booming, making it one of the world’s important players.

Emshaven is strategically located for the construction and maintenance of offshore wind farms. With a terminal such as this, the Buss terminal at Eemshaven, it leads to a great deal of chain employment. Eemshaven thus plays a key role in opening up the North Sea as a production area for sustainable energy. This energy can be brought on land as electrons, but eventually also as hydrogen, by making use of the existing offshore natural gas infrastructure. 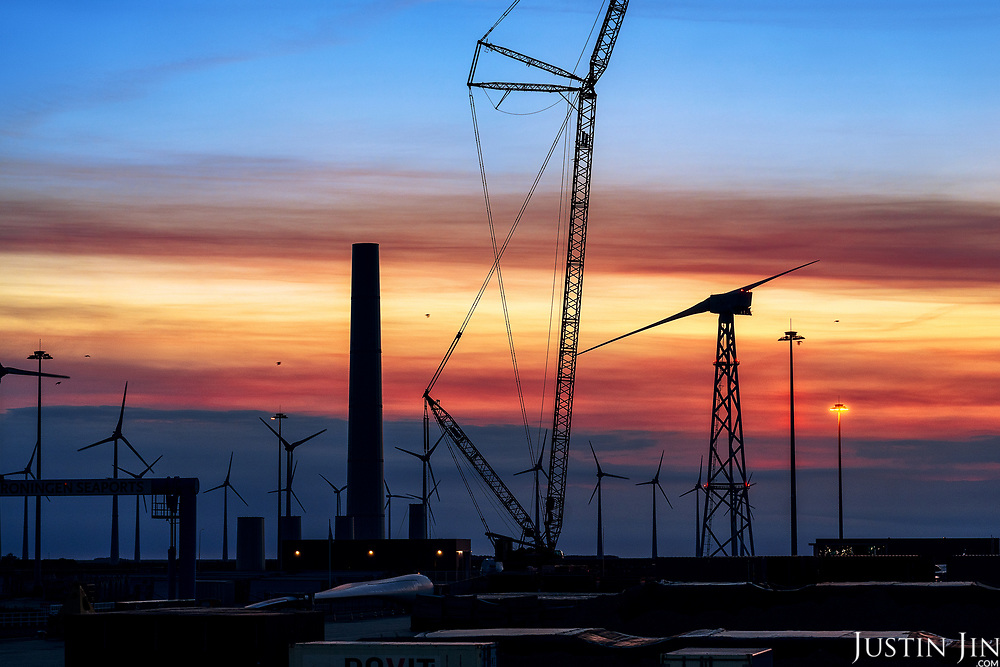