Two ex-prostitutes, both former heavy drug users, hug a sex worker in Amsterdam's Red Light district. ..The woman on the left is from Surinam, a former Dutch colony. She used to be a heroine addict. The woman on the right is from Ivory Coast, where she worked as a street prostitute before being sold to Amsterdam 20 years ago. Through religious faith, they both kicked off their addiction and spend much of their time healing others...The woman in the middle, a 17-year-old Dutch, said she prostitutes herself to gain the love of her boyfriend...The healers belong to Victory Outreach, a controversial church started in Los Angeles in 1967, is spreading to Europe via the Netherlands. It builds its membership among junkies, prostitutes and criminals. ..Photo taken in the Netherlands in 2002. The picture is part of a photo and text documentary by Justin Jin. For more information, email [email protected] 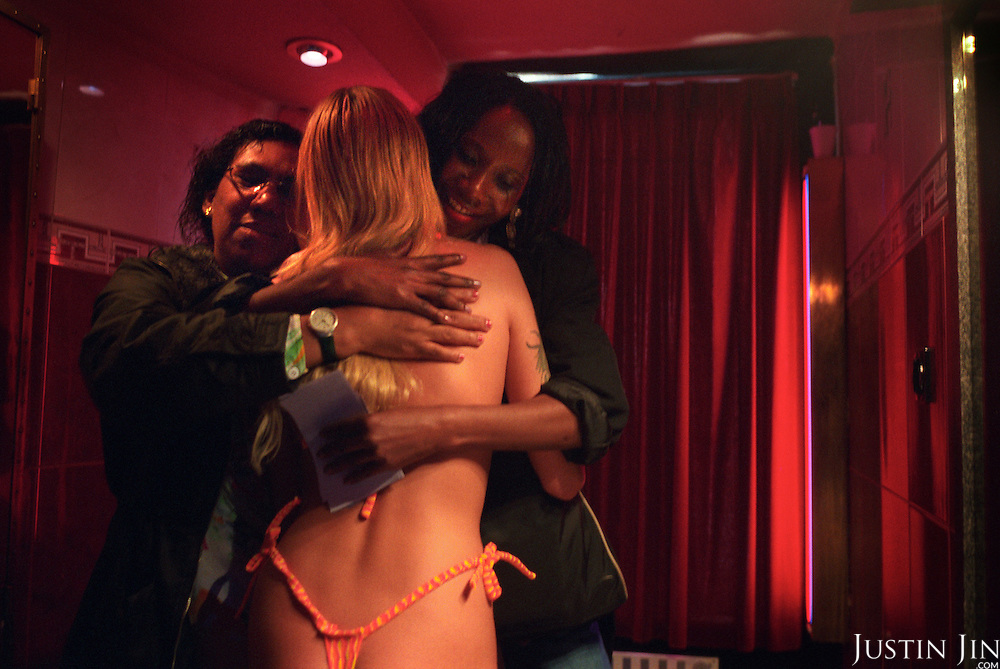