A veiled teacher from Malawi teaches the koran to British-born Muslims at a madrassa (Koran school) in Leicester city. Muslims rent the premise, normally a public state school, during the evenings to educated their young. ....The words 'transporting oxygen' were left over during a chemistry class. ....Leicester is expected to be the first city in the UK to have a majority non-white population within the next few years. It is one of the most ethnically-diverse cities in Europe. ......Picture taken April 2005 by Justin Jin 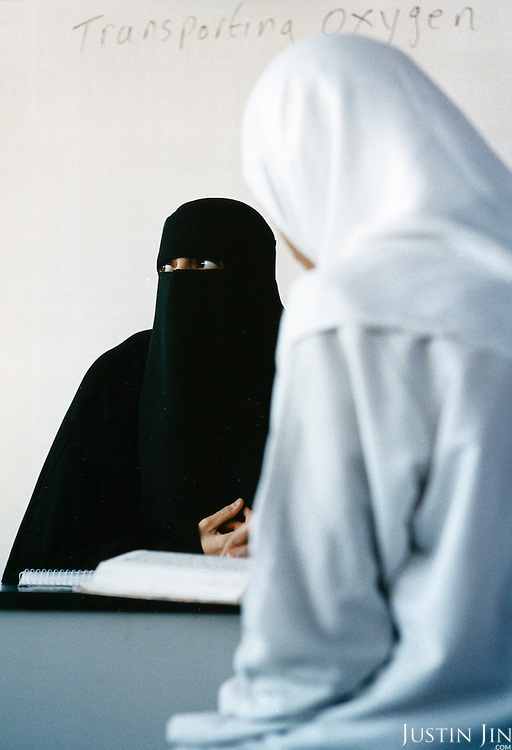