Dutch-Turkish teenager Hakan Dinc stands with his friend at the gate of the De Meer pre-vocational school in Amsterdam..The school is pre-dominantly made up of kids of Turkish and Moroccan backgrounds. .Dinc, 16, was born in the Netherlands. His grandparents from his father?s side came from Turkey in 1971, and his mother came in 1987. Dinc feels more Turkish than Dutch, most of his friends are Turkish and he wants to marry a Turkish girl. During his time off he works in his uncle?s grocery store. Later, he wants to have his own shop. Dinc is following a Commerce course at a vocational school in Amsterdam. .Dinc likes music, pool and chilling out. He has a fourteen-year-old sister and a brother aged ten months. .Picture shot in Amsterdam in 2004 by Justin Jin. . 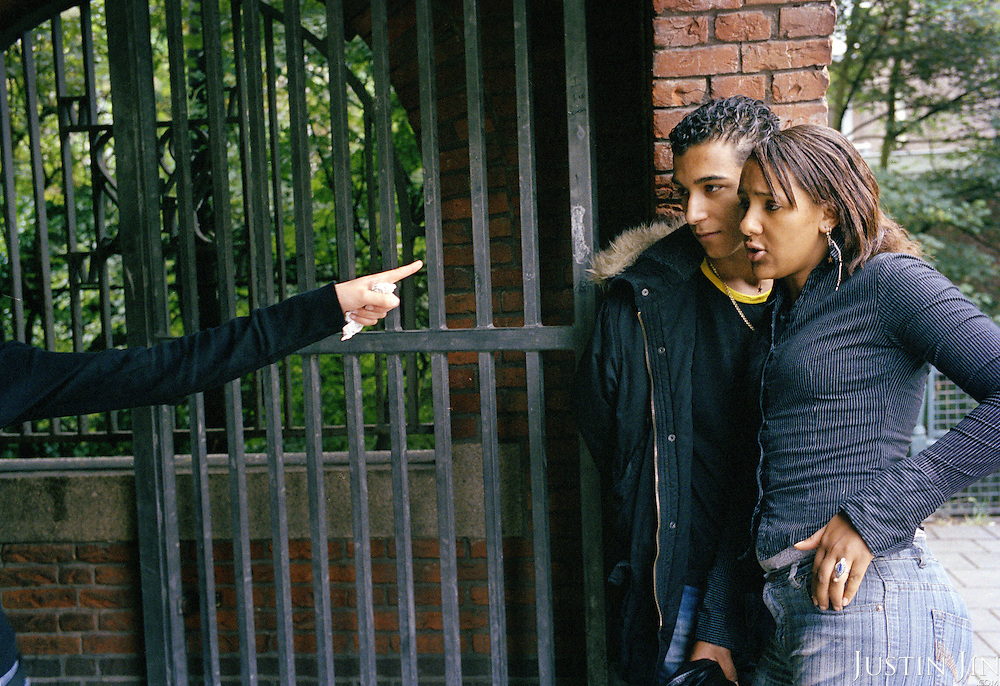