The Nuon Magnum power plant is a 1.32GW gas-fired combined-cycle power plant located in Eemshaven, Netherlands. Operational since 2014, the three-unit plant is owned and operated by Nuon, a wholly-owned subsidiary of Vattenfall.

The facility is capable for generating enough power to serve the needs of approximately two million Dutch households.

An innovative hydrogen conversion project is currently underway at the power station to convert one of its units to run on hydrogen by 2023. Nuon Magnum will be the world’s first such facility to generate 100% carbon-free power using hydrogen as fuel, upon completion. The power plant is making plans to produce hydrogen energy. Eemshaven is the energy port of the Netherlands, producing around 30% of the country's electricity. At the beginning it was fossil-based, but big steps towards sustainable energy are being taken. In addition to the RWE coal-fired power station pictured here, two inter-connectors from Denmark and Norway are coming in and several offshore wind farms above the Wadden Islands will be connected.
Here, offshore sustainable energy can be converted into green hydrogen on a large scale. The Eemshaven can also fill the hydrogen backbone with the planned hydrogen plants. The Netherlands can thus transform its role as gas traffic circle into hydrogen roundabout. 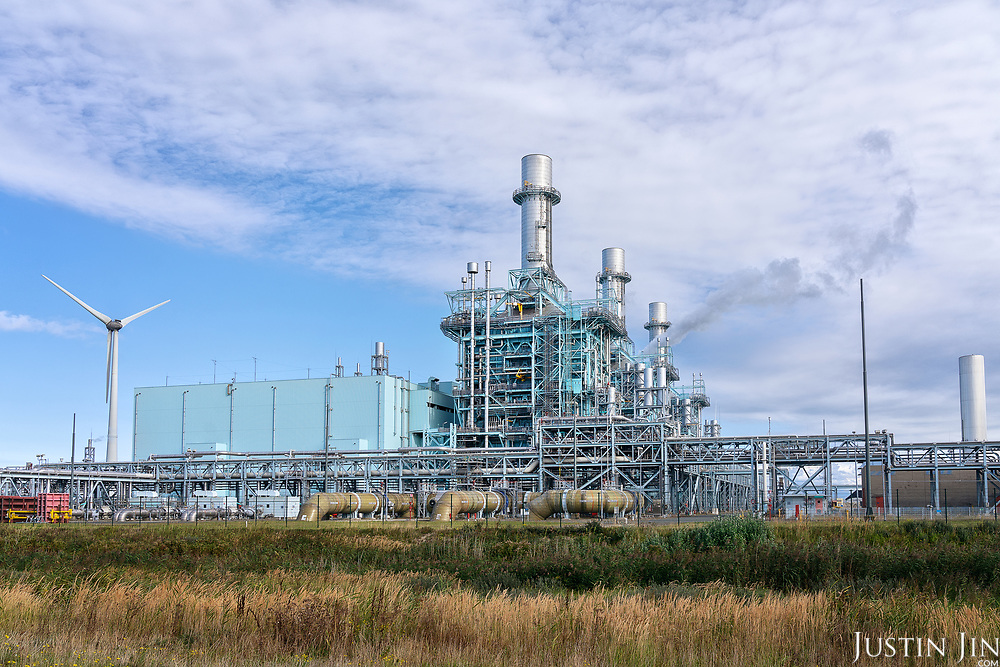