The ice-resistant Prirazlomnaya oil platform is being outfitted by Gazprom on the coast of Murmansk City before being towed to the Prirazlomnoye oil field in the eastern part of the Pechora Sea about 60 km north of the Nenets Autonomous Okrug.
This is the first Arctic-class oil platform in the world and the first commercial offshore development in the Arctic.

The platform has been under construction at the Sevmash yard for 15 years and is designed to operate on Russia’s first offshore hydrocarbon field in the Arctic, the Prirazlomnoye oil field which is located in the eastern part of the Pechora Sea about 60 km north of the Nenets Autonomous Okrug.

The Prirazlomnaya platform will be operated by a crew of about 200 men working on two-week shifts. The field holds resources of up to 41 million tons and annual peak production is believed to amount to about six million tons. A total of 36 wells will be drilled on site by year 2019.

The platform has a length and width of 126 meters, oil storage capacity of 136,000 cubic meters and a daily production capacity of 19,000 cubic meters. The topside of the platform is based on the “Hutton” platform, an installation previously operating in the North Sea and acquired by former license holder Sevmorneftegaz in 2002. 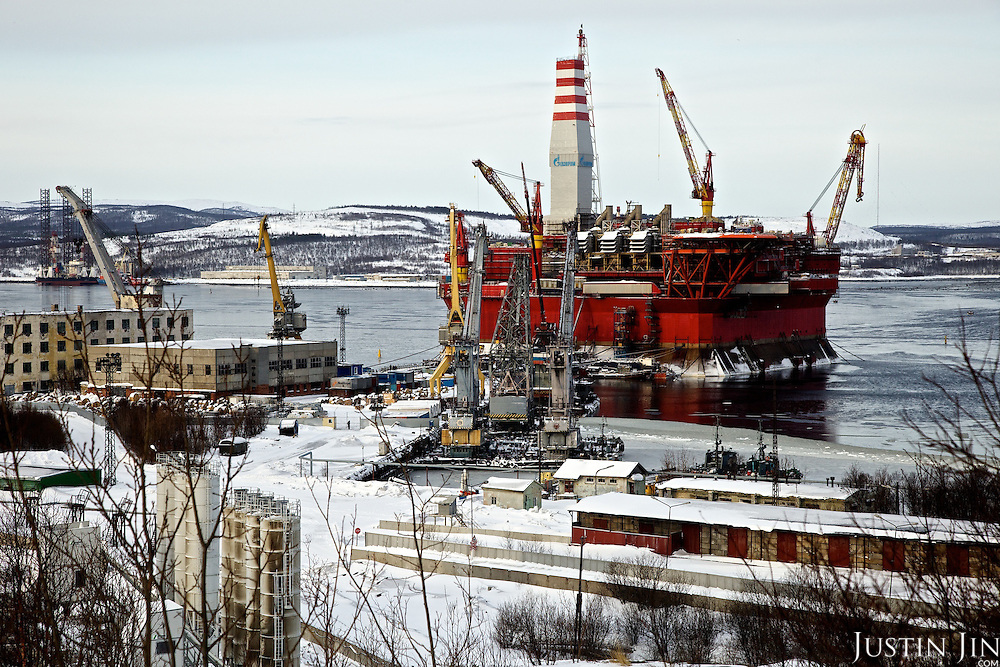