A workers steams a gas drilling facility at keep it from freezing at the Kumzhinskoe gas field, located in the delta of Pechora River, 60 km from Narjan-Mar city in Russia’s Nenets Autonomous Region. In 1979, an explosion in one of the wells caused an uncontrolled gas fountain, with the condensate polluting huge areas of the tundra around, including the Pechora River. In May 25, 1981, the Soviets tried to collapse the field with an underground nuclear explosion at 1470 m depth. The explosion went wrong, causing even more damage and pollution. After that the field was closed and the area marked a nature reserve.

Recently, more gas was found in the area. In 2007, then-President Vladimir Putin signed a decree demarcating the area from the nature reserve so that drilling work can resume. Environmentalists condemn this, saying the project too prone to further accidents in a delicate environment. 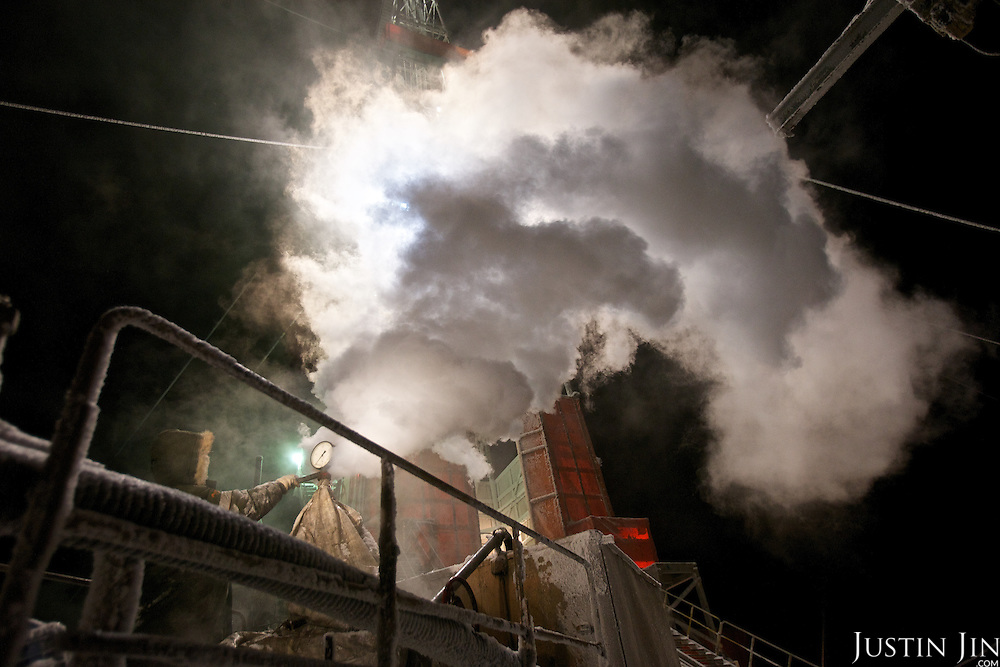